BuzzFeed can reveal the details of the program Kiselyov participated in from July 23 to July 25, 2012 — just one month before he started hosting Vesti Nedeli. Together with eight other journalists from seven countries, Kiselyov visited Washington on a trip focused “on global security threats in the 21st century as seen from the U.S.,” according to a description provided by the State Department...

During the trip, organized by the State Department and paid for by the European Broadcasting Union, Kiselyov met U.S. officials, academics, and analysts who briefed him and the other reporters on U.S. security and military policy, diplomacy, cybersecurity, and non-military global threats such as climate change, according to a program shown to BuzzFeed. 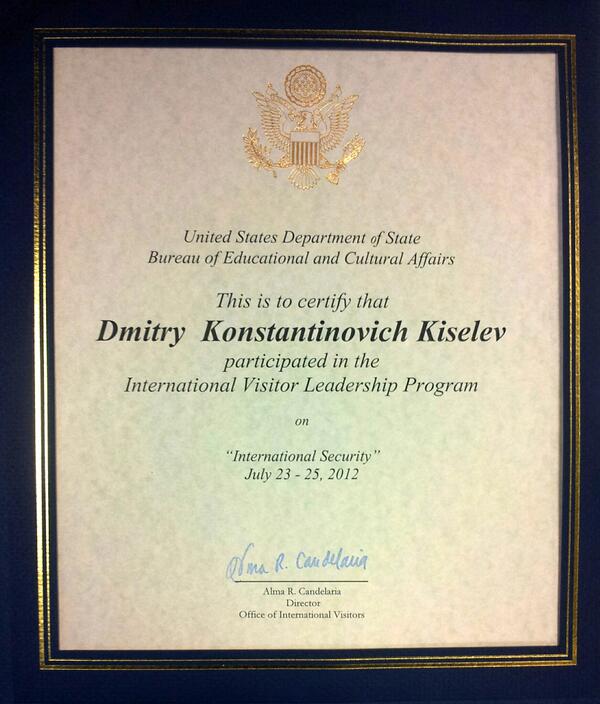